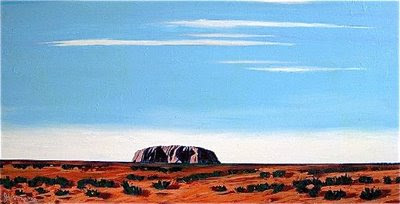 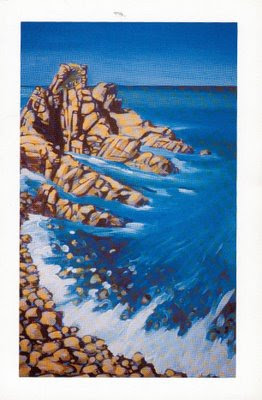 Ray Johnstone was born in South Africa (1943) where he obtained a Bachelor of Arts degree in Fine Arts, majoring in painting, drawing and sculpture, and where he participated in numerous group shows, including several at the prestigious Total Gallery in Johannesburg.
One of his large nudes in a Pretoria University exhibition created a controversy when a screen had to be erected around the painting to prevent it being seen by the South African Prime Minister John Vorster.
While living in Australia, he had seven solo exhibitions in Melbourne, and in 1997 he won the Applied Chemicals International Acquisitive Prize for a watercolour of a Victorian factory building in Melbourne. Australian radio personalities Terry Lane and Doug Aiton both have portraits done by Ray Johnstone and his works are held by private collectors in France, Hong Kong, the USA, Canada, the UK, Australia and South Africa.

Ray and his wife Lynne now live permanently in Mézin (Lot et Garonne) France, where they run a gite and a gallery and where they offer live-in painting holidays.

If you'd like to see some of my Australian paintings, please go to
http://www.johnstonesinfrance.com/Paintings/Pages/Home.htm
Posted by Ray Johnstone at 07:49