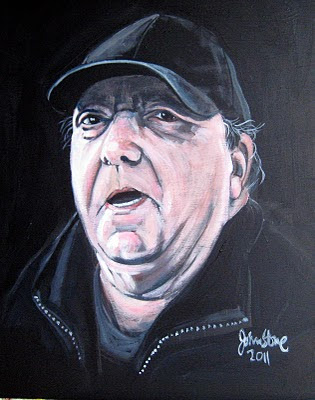 His real name is Francois.
He plays lots of petanque. Almost every day.
He also hunts a lot. He has his own palombier. In English you'd probably say 'hide'.
And when he's not playing, he's off in his campervan.
Nor a bad life, really.
Posted by Ray Johnstone at 12:10 No comments: 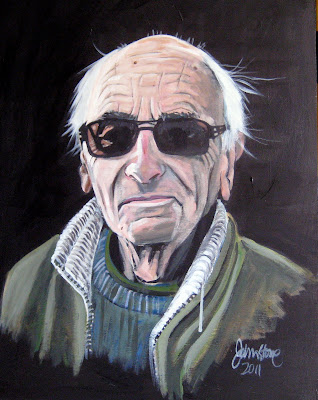 Jacques was one of the village builders, but he's retired now, which means he spends most of his time hunting and playing petanque.
Jacques and I sometimes play as partners in inter village competitions, and, although he's an excellent player, he never criticises my game. Even when I make a complete cock up.
Posted by Ray Johnstone at 15:16 No comments: 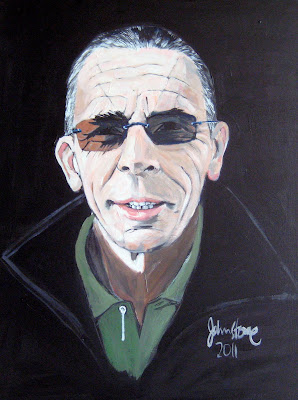 This is Philippe, but some people call him Gazole, which means diesel, because he runs the garage in Mézin and he sells fuel for domestic heating.
He's a very good petanqueur, although he only plays rarely. Plus, although he hates losing, he's a very good sport.
Another portrait for my spring exhibition at the Tourist Office in Mézin.
Posted by Ray Johnstone at 15:08 No comments: 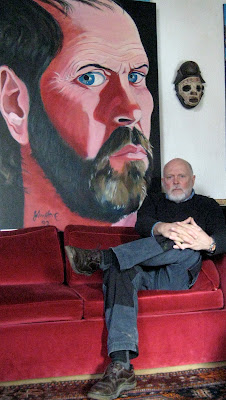 Self portraits are considered an indulgence by some (usually non painters) and vanity by others.
However, from my perspective, a self portrait has two major points to commend it.
The model is always on hand when the artist is ready, and no money changes hands.
This one was done after looking at paintings by the American Chuck Close.
You can tell by the colour and quantity of hair in the painting (not much anyway) and the hair on the subject that the self portrait was done quite a while ago.
Posted by Ray Johnstone at 05:41 No comments:

LYNNE ON HER WAY TO A HANGING 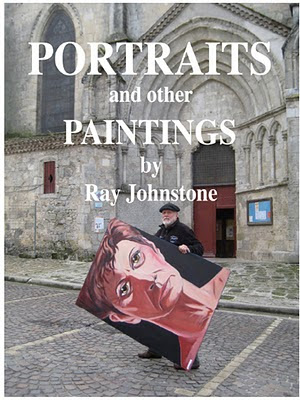 When I took my recent exhibition down, I decided to catalogue the 50 odd paintings that had been on the show - mostly portraits that I had done during the last six months of 2010. But once I'd started, I thought it might be worth adding one or two others. Needless to say, it grew like Topsy, and in no time at all, 'one or two others' had swollen to over 160 paintings. The most frightening thing about this exercise was when I realised that the oldest examples are two I'd done in my matric year, over 50 years ago.
This catalogue, PORTRAITS AND OTHER PAINTINGS, in truth a thin book of 80 pages in full colour, will be avaialable from Amazon and other online booksellers in due course.
Anyone who knows Mézin will realise that Lynne was photographed on her way to a hanging in front of St Jean-Baptiste in the village square.


If you'd like any further information, please contact me by clicking here
Posted by Ray Johnstone at 19:08 No comments: 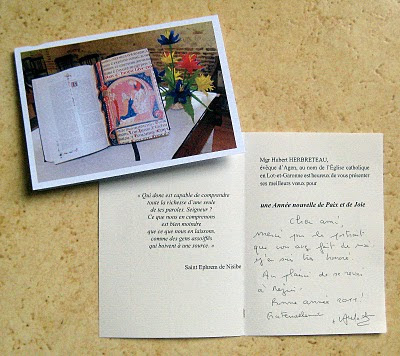 Well, I bet not many of you has ever received a letter from a real, live bishop.
To be honest, not only is it the first letter I've received from a bishop, but it's the first letter I've ever received for a painting.
Monsignor Hubert Herbreteau (that's his name - he's Polish, apparently) sent me the above letter after the Curé of St Jean-Baptiste in Mezin commissioned me to paint the Bishops portrait (I've actually painted both of them - see earlier blogs). According to the letter, he's rather chuffed (unless he's telling porkies - but I don't think bishops do that kind of thing).
The next time the phone rings, it could be the Pope wanting me to do his portrait. When it happens, I hope I'm not to busy to fit it in.
Posted by Ray Johnstone at 20:50 No comments: 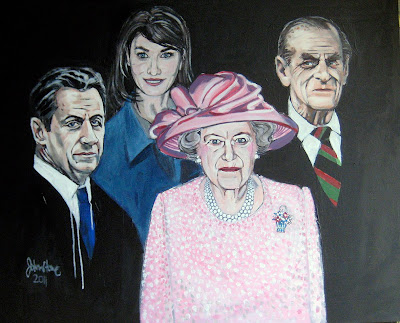 At first I was going to call this painting 'Smile You're on a State Visit', but I think 'm'as-tu-vu' says it all.
Posted by Ray Johnstone at 14:35 No comments: 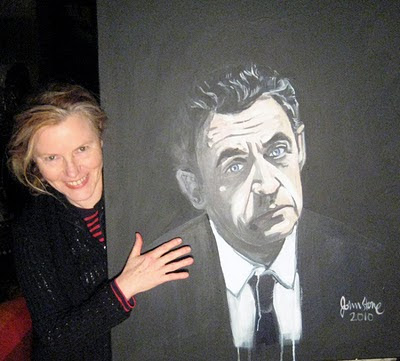 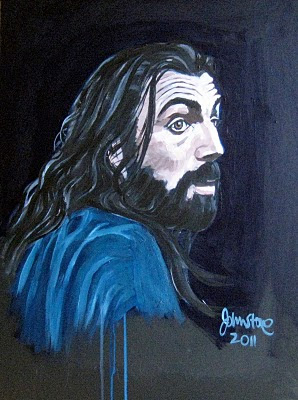 Here is my first portrait of 2011, a famous French rugbyplayer.
As usual done from a photograph, and chosen for the ruggedness of the facial features.
I was quite pleased with the result, so he'll be part of my next exhibition in the spring of this year.
I hope he likes it if he ever sees it.
If you'd like any information about portraits - either learning how to paint them yourself - or commissioning one, please click here to send me an email: More portrait information
Posted by Ray Johnstone at 15:52 No comments: