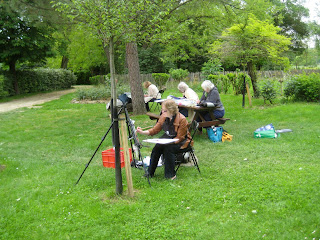 Nikki and some of her team hard at work at Fources 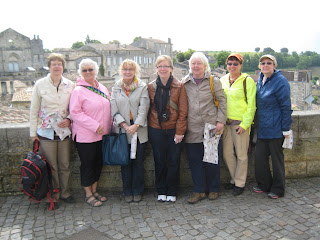 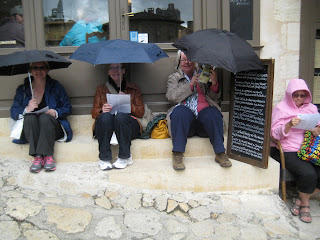 When it's raining, wait five minutes... 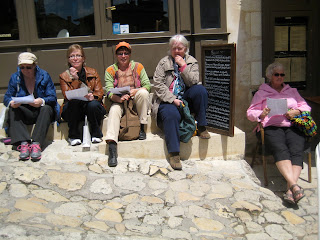 ...and the sunshine brings out the smiles 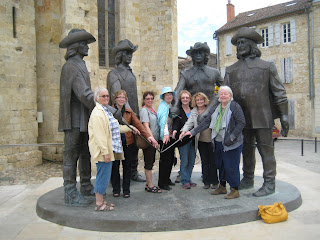 The Ten Musceteers (Seven Canadians, the three real ones: Athos, Porthos & Aramis - plus their friend D'Artagnan) 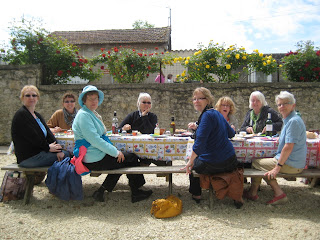 The thorns amongst the roses. Picnic lunch at Larresengle

Posted by Ray Johnstone at 20:45 No comments: 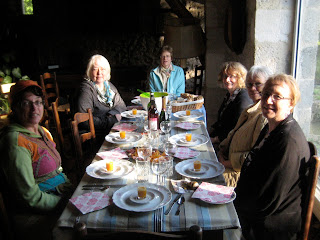 Welcome to Gascony - Our first meal at the Mill 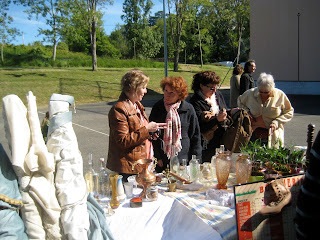 Nikki's looking for a bargain at the local brocante 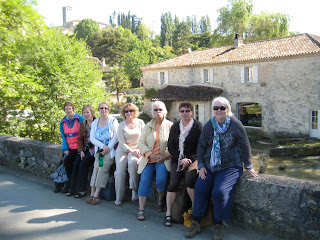 Team shot on a 13th century bridge just outside the Mill 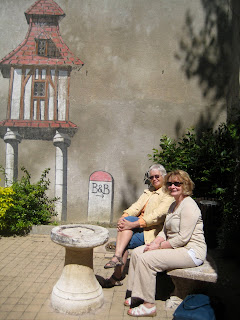 With Ray's pigeonnier at La Petite Galerie in Mezin 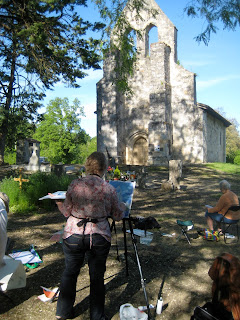 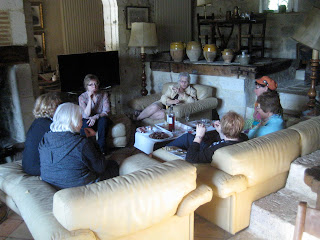 Aperos in the lounge at the Mill

Posted by Ray Johnstone at 07:24 No comments: 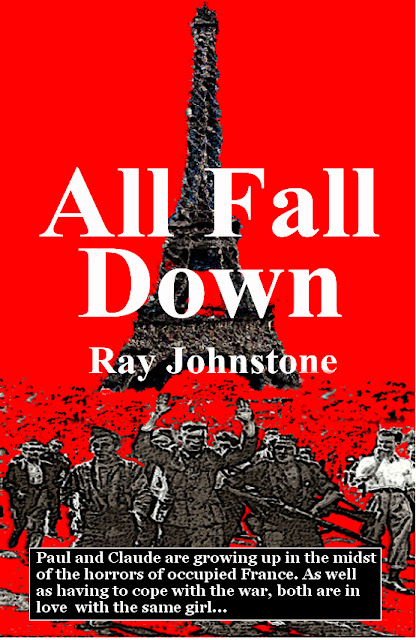 ALL FALL DOWN
The Triumph of Evil

A ring, a ring o' roses,
A pocket full o' posies,
Atishoo, atishoo, we all fall down.

Popularly believed to be a medieval nursery rhyme describing the symptoms and rapid demise of anyone suffering from the Black Death.

***
To read more chapters please go to:
ALL FALL DOWN at:

ALL FALL DOWN is published as an eBook by Buzzword Books, Australia 2013
Buzzword Books
P.O. Box 7, Cammeray 2062
Australia
buzzwordbooks.com

Posted by Ray Johnstone at 17:26 No comments: 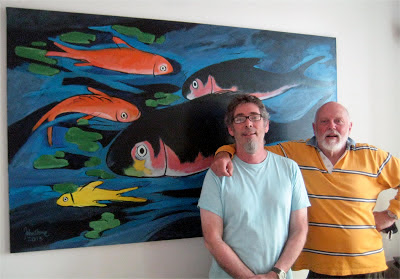 NIGEL MUST HAVE THOUGHT THE FIRST HELPING OK BECAUSE HE ORDERED MORE.
Here they are on the wall in his new house in Nerac.
The brief was to do my own composition in the style of Walasse Ting. So now Nigel's got lots of fish.
Posted by Ray Johnstone at 17:16 No comments: 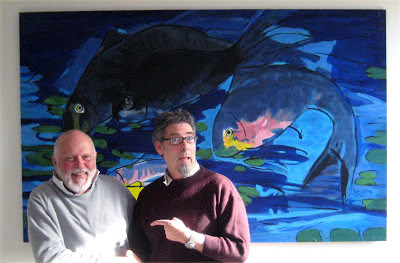 ...SO NIGEL GOT FISH - IN HIS NEW HOUSE IN FRANCE.


Nigel has just moved into his new house in the medieval village of Nerac in Southwest France.
He wanted a dominant painting for one of the walls.
It had to be an exact copy (or exact as possible) of a Walasse Ting painting of fish. Here it is, freshly painted and just hung on the wall.

For those of you who want some information on Tinge, he was a Chinese-American painter, sculptor, and poet, born in 1929 in Shanghai, China.  He lived in Hong Kong for a brief period before moving to Paris and then to New York.  In 1970 he won the Guggenheim Fellowship Award for drawing. He died in Amsterdam in 2010 at the age of 80.

So now you know.

Posted by Ray Johnstone at 17:09 No comments: