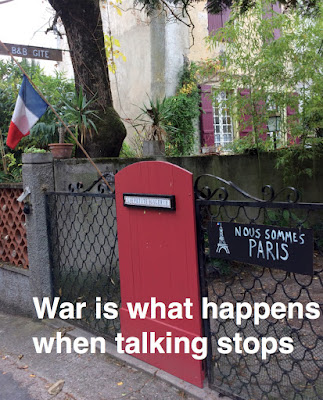 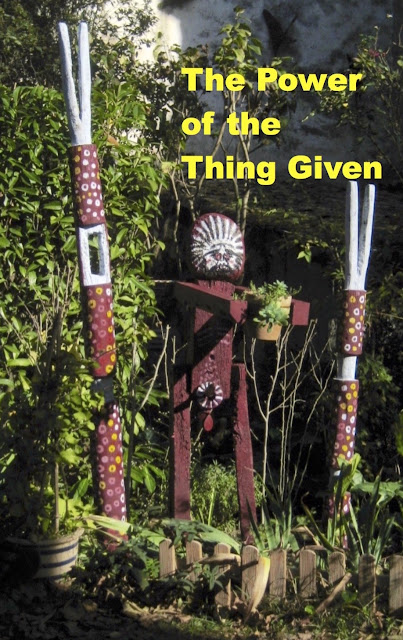 Following on from my 'Politically Incorrect Pole' (scroll down to read), here's another example in the garden at La Petite Galerie.

Primitive man is considered a politically incorrect term.
However I don’t think the preferred synonym early man applies to my representation of the power of the thing given.
French anthropologist Marcel Mauss identified this as reciprocity. It occurs when someone gives something to someone else, expecting a fair and tangible return.
In colonial history primitive man almost always got the shitty end of the stick.