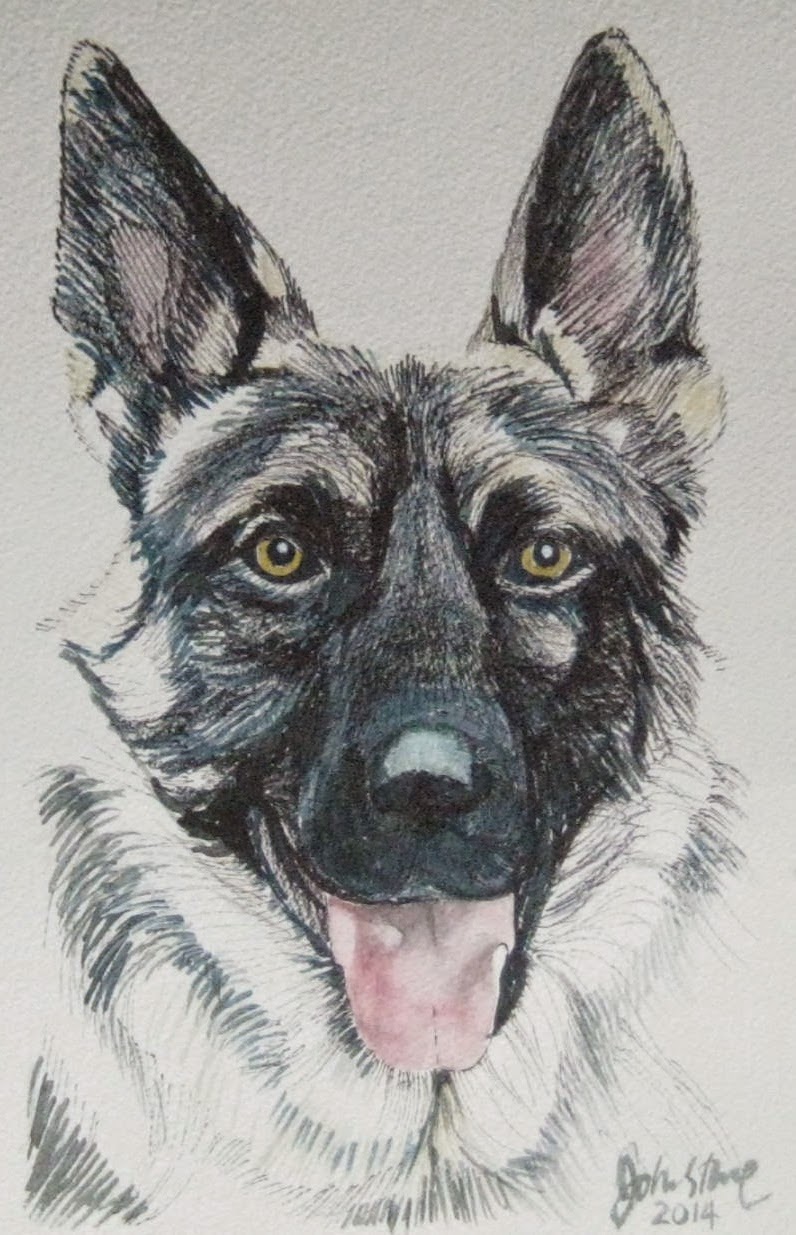 This is Frankie.
He was painted from a photograph while I was on holiday in Tasmania. He was then posted in a sturdy cardboard tube (RSPCA approved) to the UK. He now hangs on a wall in Wisbeach.
If you'd like a quote on a painting of your pet (dog, cat, horse, bird, snake, lizard, frog, etc), please send me a good quality photograph and I'll get back to you with a firm quotation within a few days.
Here's a rough guide on what it'll cost: A watercolour painting on high grade 300 gram paper - size 40 x 30 cms (unframed), signed, dated and embossed - including postage and packing (in a post office approved tube), insurance and tracking details - 150 Euros. Timing, approximately 2 weeks from the date of order.
Please don't hesitate to email me if you have any questions.

Posted by Ray Johnstone at 08:52 No comments:

Posted by Ray Johnstone at 07:34 No comments: 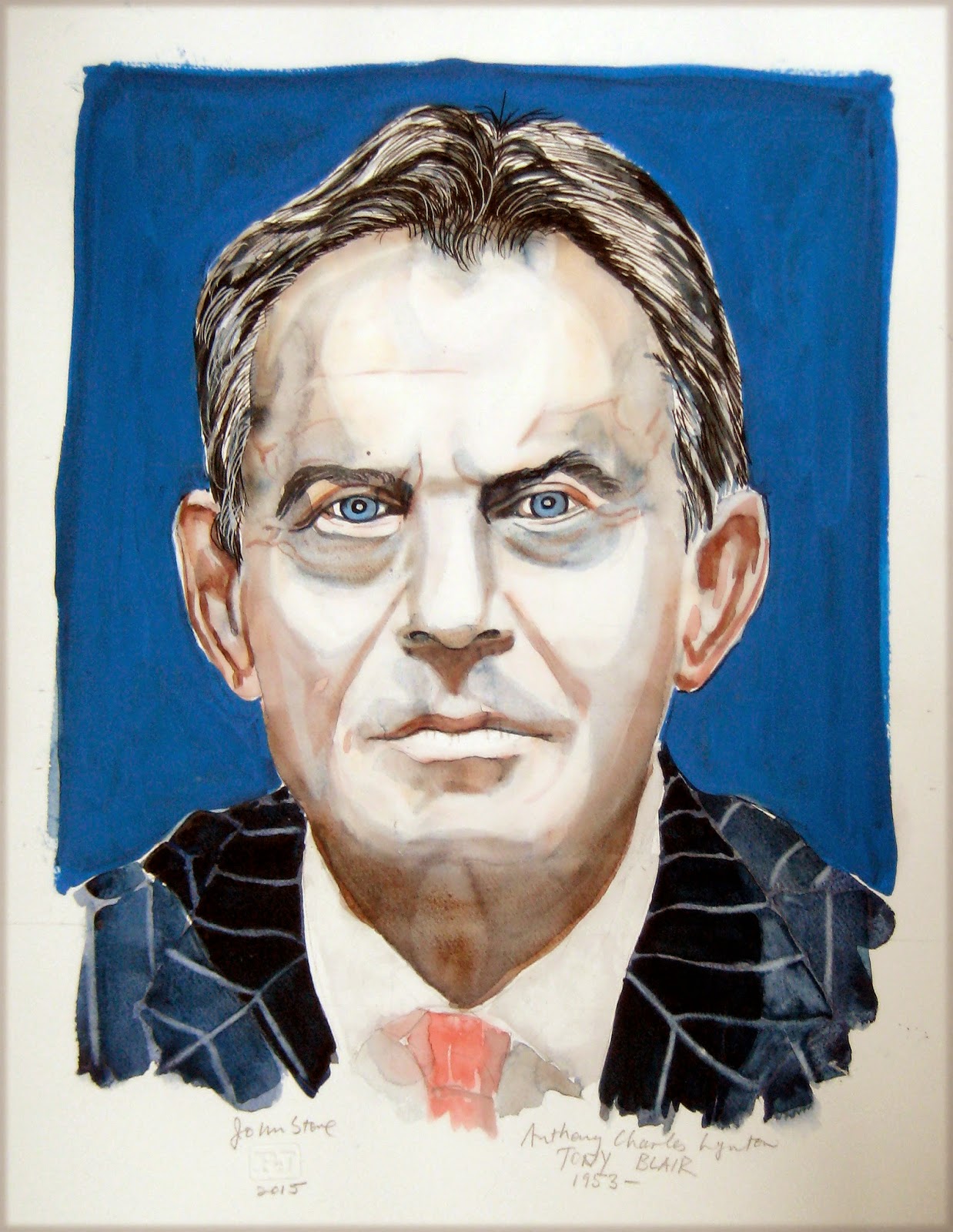 Anthony Charles Lynton ‘TONY’ BLAIR 1953 —
There’s a huge ‘warts and all’ portrait of this former UK Prime Minister in the National Portrait Gallery’s current exhibition. It’s by Alastair Adams and it’s overwhelming.
One of history’s political connundrum’s, Tony Blair gets full marks for being: a brilliant left wing party strategist, a Churchillian parliamentary debater, a master of the press conference, a key negotiater and peacemaker in Northern Irelandand and one of those very rare politicians who had the ability to make millions love him unconditionally. But then many astute and well advised observers say he warrents: a dunce’s hat for his porkies to Parliament — which led directly to the invasion of Iraq — and the mess the world is in today.
Anyway, I decided to hace a crack at Tony Blair’s amazing face — but on a much smaller scale.
Here it is.
Posted by Ray Johnstone at 19:54 No comments:


The amazing technical dexterity of the pre-raphelites has always amazed me — and, because several of them leaned towards agnosticism and even athesism, so has their choice of biblical subject matter. Their religious paintings can therefore have had only one raison d’etre: to generate the millions of pounds they so often did —  no mean feat for living artists in the late nineteenth century.

Anyway, all that aside, I thought I’d have a crack at a religious portrait. And here it is — probably subliminally influenced by Johannes Grunewald’s paingings — and available at a peppercorn price. 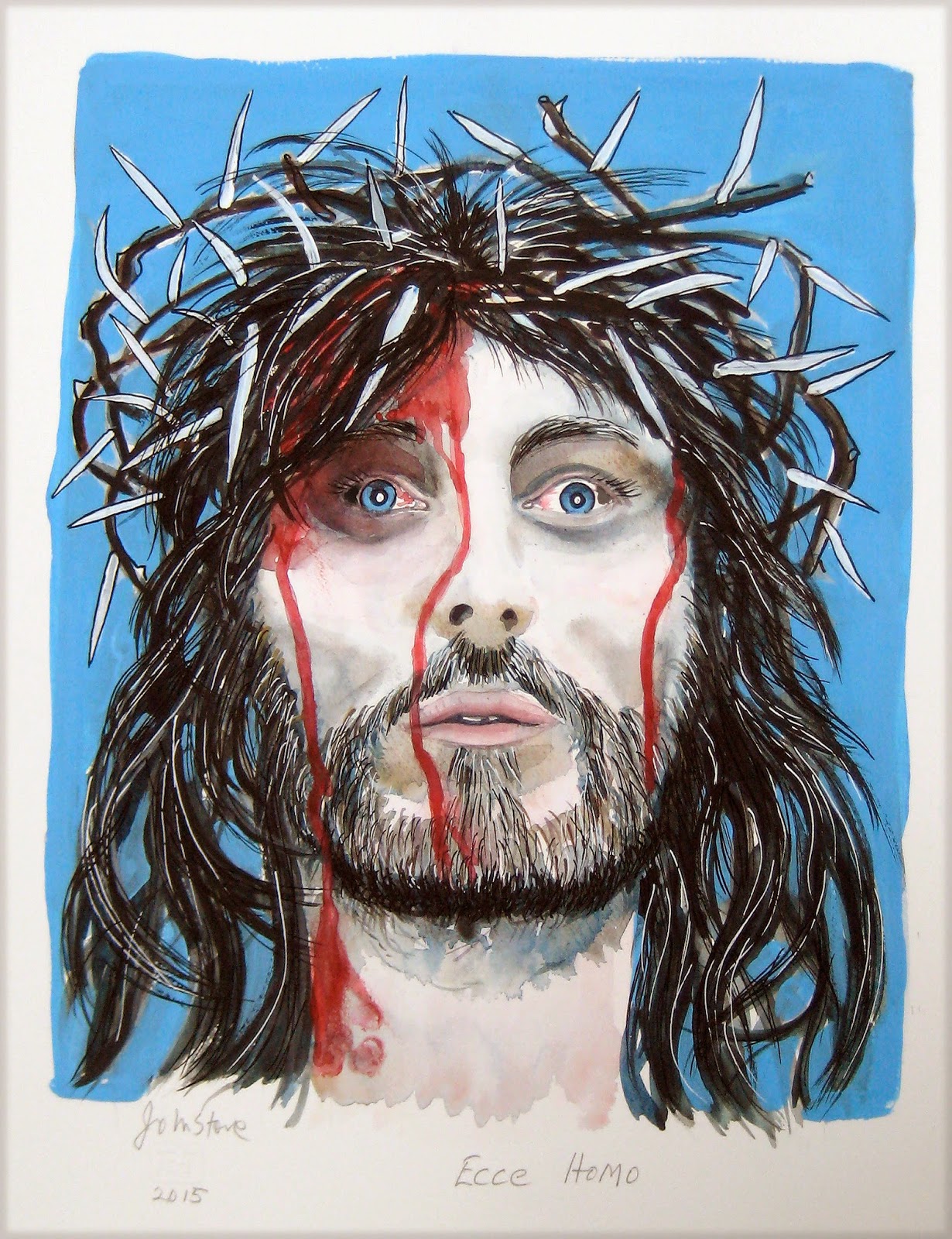 Posted by Ray Johnstone at 19:41 No comments: