MORE ABOUT PAINTING IN FRANCE 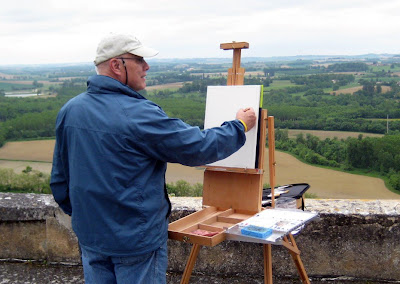 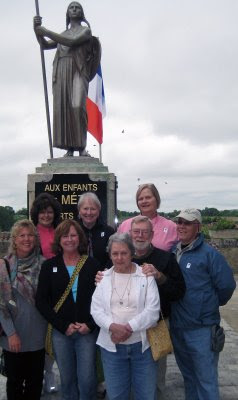 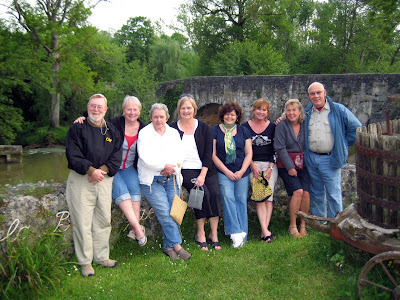 On VE Day we all went to the service in Mezin. The Mayor of Mezin greeted the Americans and said that Victory in Europe Day was their day too.
Then we went on to Le Bastard for a great lunch. "Bastard" is really the name of the hotel, but in French it is not rude or a pejorative - it's simply the name of a wonderful old establishment in in the nearby hilltop town of Lectoure. It's been there since the Roman were in France. (The town - not the hotel).
After the meal, we found a spectacular place to paint.
(But I must admit that some artists found shopping a parallel attraction and quite a bit of this important activity was fitted in).
Posted by Ray Johnstone at 06:55