OK, OK, I know he's supposed to have invented 'scorched earth' warfare and burned the city of Colombia to the ground, amongst other disreputable acts, but remember that he was a soldier - and that's what soldiers do - they kill people (usually, but not always, the enemy) and do bad things.
My point is that I don't know much about him at all, and I certainly don't know enough about the American Civil War to work out whether the Yankees or the Confederates were the good guys or the bad guys. (While I'm writing, I've had a flash of inspiration and worked out that they were probably all bad guys.)
So the only reason I chose him as a subject is that he has the most AMAZING face. 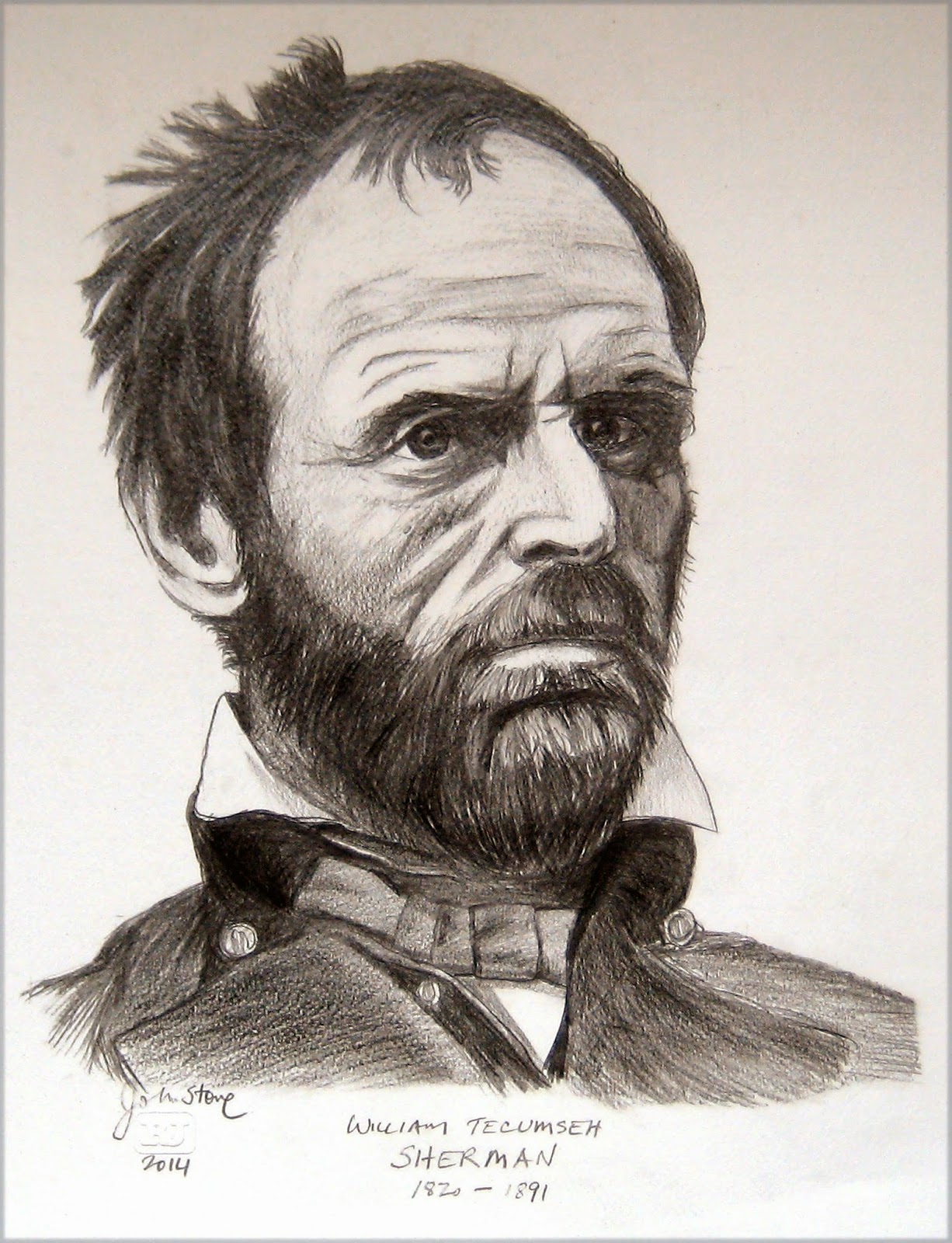