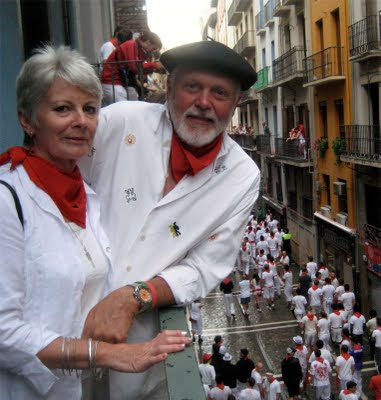 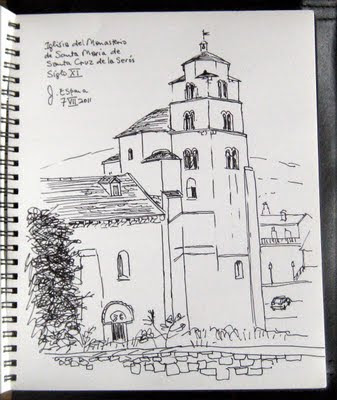 The festival of San Fermine is one of the great sights/experiences in the world. It's really just a long, drunken party that lasts ten days or so. Thousands and thousands of drunk or nearly drunk people, all dressed in white with red scarves, are up very early in the morning to cram the street of Pamplona. Then the bulls are let loose and some lunatics actually run with them as they charge around the old city.
Here we are on the balcony that Vicky arranged for us to watch from. (It's much safer up there and so far no bull has ever been known to get onto a balcony). Just opposite is the hotel where Hemingway stayed when he was watching the bulls run.
Plus a drawing I did of a church on the Camino de Sandiago.
Posted by Ray Johnstone at 15:42