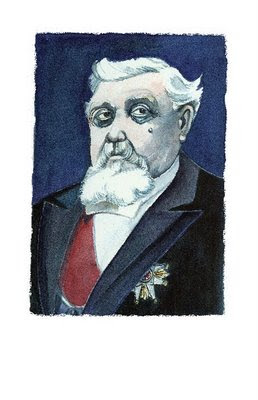 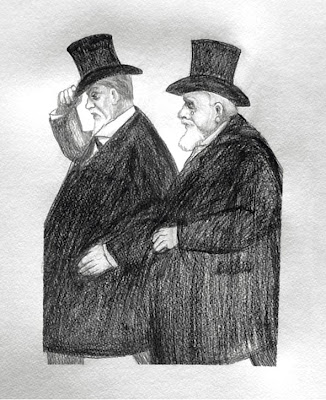 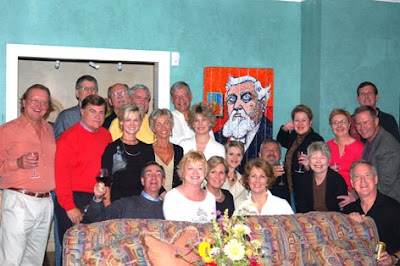 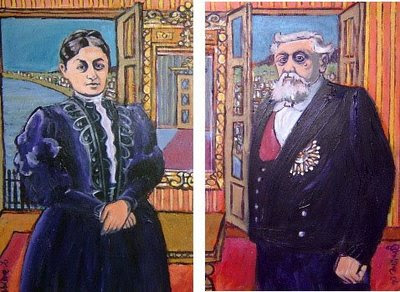 He was born right here in Mezin, and lived in a house that shared a wall with the 12th century church St Jean-Baptiset that dominates the village. (More on the church in a later blog).

When president, he was in Paris at the height of some of the most important art movements in history. Impressionism was just starting to give way to Post Impressionism, Cubism, Fauvism, and Dada. It's even possible President Falliéres could have rubbed shoulders with some of the most important artists of the 20th century, including, Picasso, Matisse, Degas, Derain, Van Gogh, Mondrian and many others who had moved to Paris at that time.

A few year ago, when thinking about this, I produced some paintings in the style of various famous painters for exhibition at the tourist office. Some of them you can see at the top of this section, and some of which I will publish in a later blog.

From the top you can see Armand Fallières - a water colour done in the style of Ingres.
The drawing is a copy of a photo of The President of France with the King of England.
The large painting of Armand Fallières is on a wooden door and is painted in the style of Van Gogh (Post Impressionist). It was bought by Cathy and Mike of Kansas City and is now in their home where these friends gathered to celebrate a recent Bastille Day.
The last is a double portrait of the President and his wife.
Posted by Ray Johnstone at 21:31