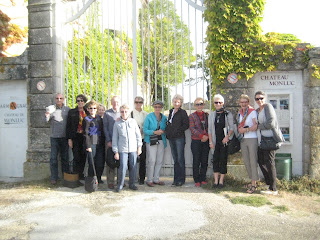 Tant pis, the gates were shut when we arrived for an early morning wine tasting. 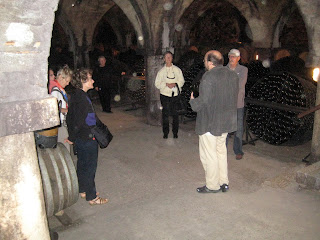 He's explaining how they make the bubbly stuff. 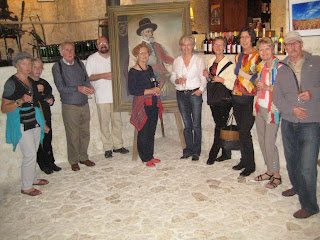 And here we are with the guy who invented Pousse Rapiere, an appero the second in a row of which makes you feel as if you've been pierced with a rapier. And not many are left standing after a third. 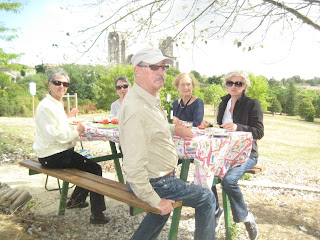 A picnic lunch at La Romieu where the cats saved the village in the middle ages.
(Ask us about it when you see us). 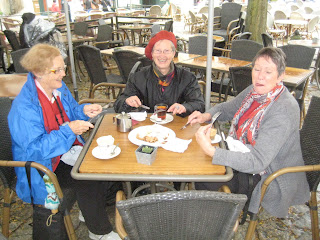 In between the three frugal meals we have each day, we sometimes need a snack.
(I was asked to delete this photo, but even between them they couldn't raise
enough money for me to do so). 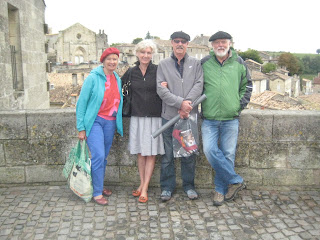 We think the fat guy in green is the driver. 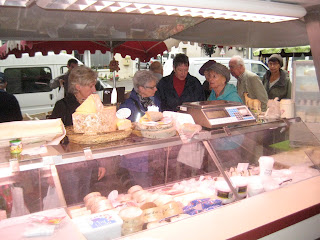 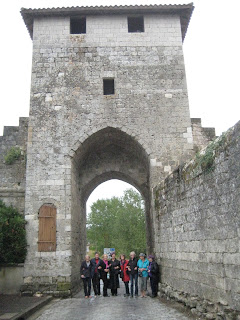 One of the four gateways into the bastide village of Vianne. 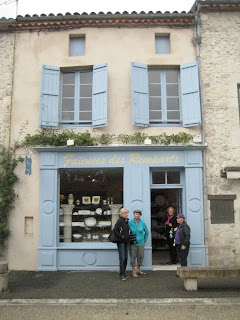 And there's always time for more shopping - no matter what.