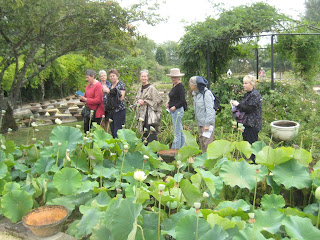 Here are some of the gang at Latour-Marliac, the French National Waterlily Collection. 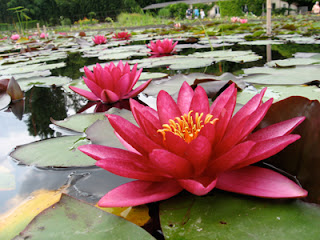 Before Latour-Marliac came along in 1875, water lilies were only available in white. But he changed all that, and supplied Monet with water plants for his garden at Giverny near Paris. 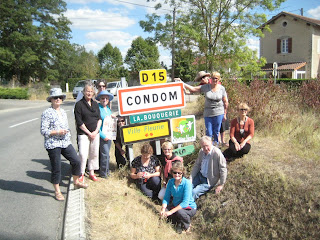 'Why do all your guests want their photo taken next to the Condom road sign, Raymond?'
This is the question I'm often asked by my French petanque partners.


In case anyone's forgotten, condom is the name for a little contraption that men wear as a birth control mechanism. Think of it like a raincoat. It's also widely used to prevent AIDS. Unfortunately, some silly people don't think they work in either case. The word condom is meaningless in French and French people don't understand why we find it funny.
The French word for 'condom' is preservatif, which most of us find a bit weird because it makes us think of jam or bottled fruit. They also use capot anglais, which means 'English hood'. (Remember the raincoat analogy above?) 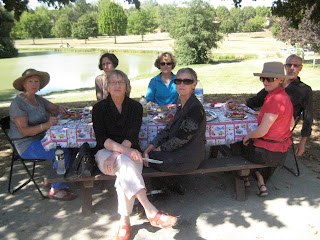 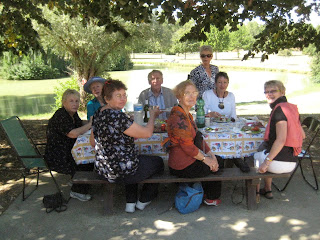 Anyway, here we are having a picnic near the river at 'English Hood' or Condom, depending on which language you're speaking. 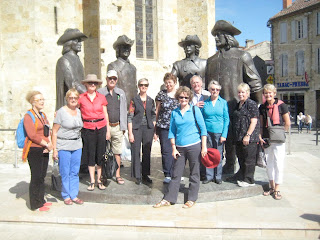 And here's a photo of the statue of some musketeers and lots of Aussies. 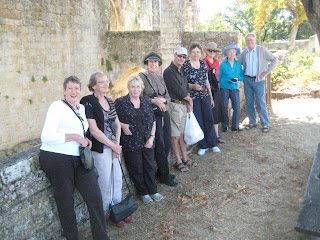 Carcassonne is the largest fortified bastide in France, but it's a long way away, so here we are at Larressingle, which is the smallest bastide in France. (If you've been following carefully, you'll all know what bastide means by now).