Out of the blue one day, I had a sudden  rush of blood to the head.
Then all I had to do was talk Lynne into thinking what a fantastic idea I'd had.
So I asked her what she thought about walking along the Mediterranean coast from  France into Spain.
Fortunately she also thought it was a great idea.
So we started at Collioure on the Cote Vermeille (immortalised by the Post Impressionists and the Fauves) and finished at Cadaques (where both Picasso and Dali lived for a while in the nineteen thirties).
Well, although Via Michelin gives the walking distance as around 60 kilometres, it took us four days which means only about 15 kilometers per day, staying at cheap hostels in Banyules sur Mer, Port Bou and Port de la Selva.
But there are lots of ups and downs as the GR 92 coastal path winds through and around dozens of bays, beaches and coves and climbs over numerous headlands and cliffs. Each one is higher than the last and all are much, much higher than Mount Everest.
Anyway we made it and caught a bus and two trains back to our campervan in France. And we were both right - it was a wonderful walk and a fantastic experience. 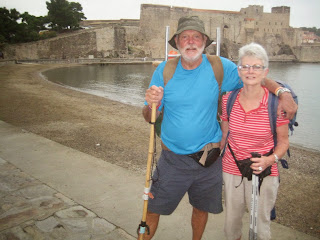 A spritely start for  a couple of old codgers. 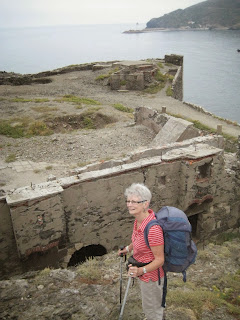 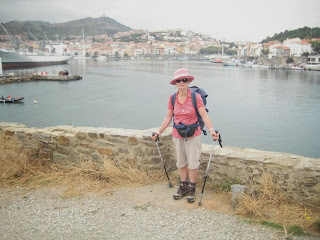 Maybe a boat would have been a better option. 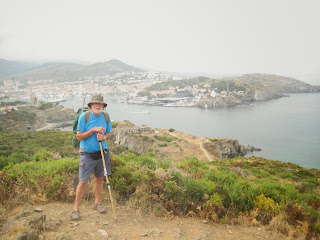 It's a long way from the last bar - and even further to the next. 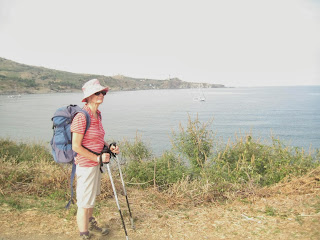 Still not a drinking hole in sight. 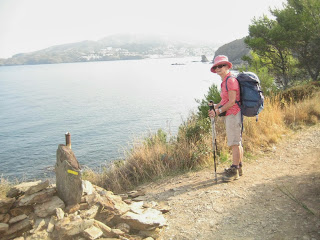 Hang on - that looks like one in the distance. 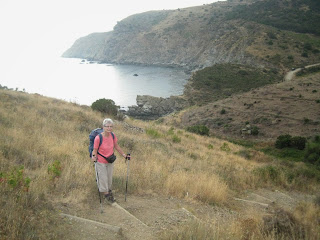 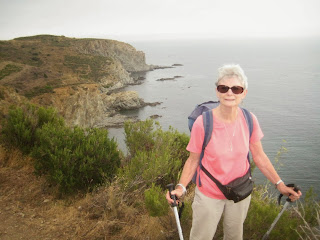 And there's always another mountain to climb. 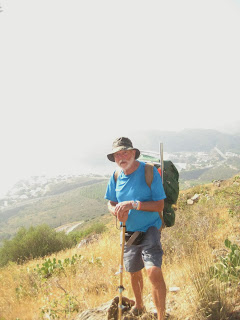 Real hard yakka - whose stupid idea was this?. 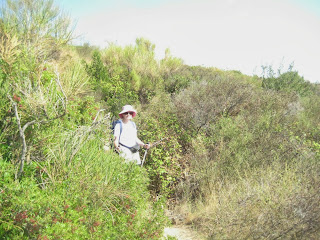 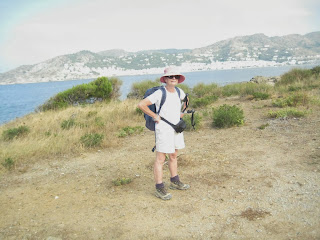 Hope he stops grumbling now that we know where we're going. 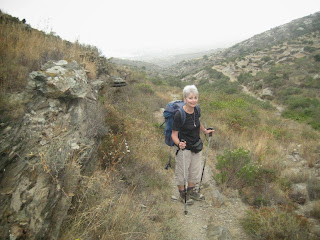 Let's hope it's the last uphill. 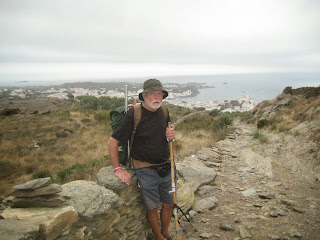 Thank God!
Next stop: the first bar in Cadaques. 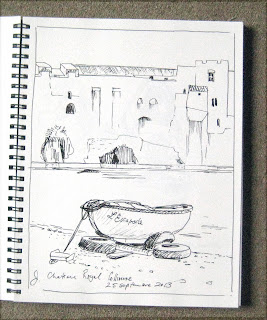 Then back to where it all started: Chateau Royal in Collioure.